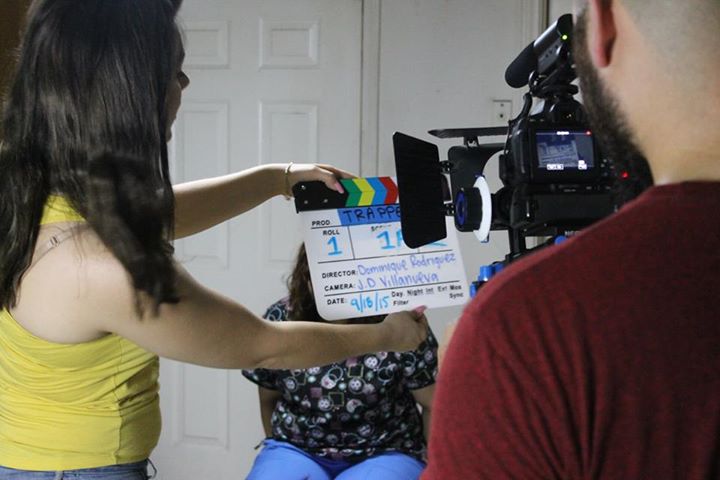 I was first contacted by Dominique, a friend of mine, who is the writer, director, and leading actress for the short film, “Trapped“. She asked if I wanted to work on a promotional banner for the Facebook page and movie poster. I didn’t have much going on at the time so I agreed. What came next was the very cool experience of making a movie.

It started off with going over the script. There was a meeting that lasted a few hours that was various conversations about all the different aspects. We talked about wardrobe, make-up, camera angles, the overall style, script changes and everything in between. This meeting, along with what I had already envisioned, helped solidify some of the ideas I had for the banner and movie poster.

The film days were where I learned the most. We had a small crew, so everyone had to chip in and do different jobs. I learned a lot just being on a set like that. My task was Set Photographer, so with my background in graphic design and a little experience with photography it was pretty easy. I took pictures in-between takes of what ever I saw was interesting. I also chipped in recording sound with a boom mic, which was a fun learning experience.

All the people that volunteered their time and energy into making this are awesome. There was a lot of work that went into it and there were definitely some bumps along the way, but we were able to get through it all. In the end, for me it was more about the movie producing experience and the love and respect for the creative process that everyone had.

I was doing most of the picture taking, so this is one of the few I was in. Just me going through some photos. 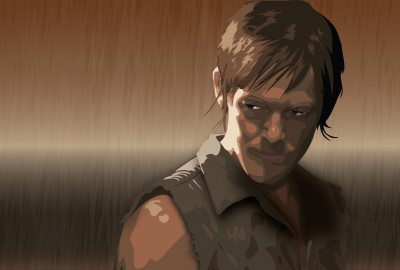 Walking Dead is Back! 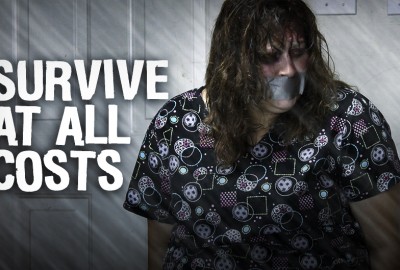 More promotional work for the short film “Trapped“. We have to keep the momentum and… 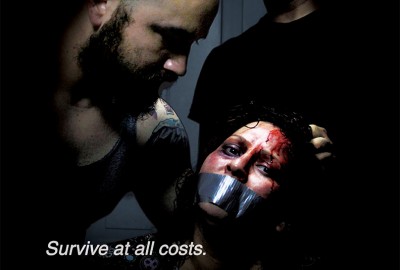 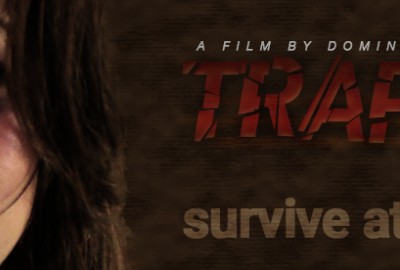